The Best of Southern/Southwest Norway

We had just spent a few weeks in Nepal before hopping on a plane to spend some quality time with Kurt’s Norwegian relatives in Southern Norway. Kurt’s mom and sister joined us from the U.S. as well.

Note: Kurt also traveled solo to Norway back in 2012. We have also included photos below from that trip which was in the Fall.

Why Travel to Norway?

When we think about our trip to Norway we reminiscence about the gorgeous and unique landscape full of mountains, crisp mountain fed lakes, forests, and impressive Fjords. A Fjord is a long, narrow, deep inlet of the sea between high cliffs. For these reasons we highly recommend visiting Norway.

Best Time to Travel to Norway

How Long to Stay in Southern Norway?

This is very difficult question for us to answer. There is so much to see in Southern Norway and Norway in general. We spent a lot of time with family rather than exploring all the corners we normally would. But from the time we did spend we would certainly recommend spending some extended time in this beautiful country. A special thanks to Uncle Roy for hosting us and carting us around to see a lot of the nearby (and not so nearby) sights. We hope to repay the favor the next time you are in the U.S. The only downsides we know of are the cost as Norway is very expensive and the weather if you go in the winter which has very little sunlight and cold temperatures.

Top Things to Do in Norway

Preikestolen is one of Norway’s best and most famous hikes. Hike to this 604 meter (1,981 foot) tall cliff with unbelievable panoramic views of Lysebotn Fjord. Some parts of the trail are steep, but in general the hike is of moderate difficulty.

2) Enjoy a Cruise on the Lysebotn Fjord

Sit back and enjoy the ride along the 42-kilometer (26-mile) long Lysebotn Fjord. The fjord is one of the gems of southern Norway and can be seen from many different areas including Preikestolen, Lysevegen Road, and Øygardsstølen.

Hidra is a scenic island just outside of Flekkefjord, accessible by ferry. The landscapes you view from the island and along the route are marvelous. Once again we were lucky enough to have a family friend who owned a boat and volunteered to take us and Kurt’s family (his mom, sister, cousin and his cousin’s kids) along for a ride. Thank you!

Be sure to admire the Hågåsen cultural trail at the top of the hilly landscape. From Kirkehamn we went for a 30-minute walk up to Hågåsen, overlooking the beautiful island. Here we found a german costal fortification from the World War II which was part of the Atlantic wall.

The entire country of Norway is scenic; you can spend all of your time driving around and not get sick of its beauty. As mentioned before, we were lucky enough to have Kurt’s uncle Roy volunteer to cart us around on several drives and show us several amazing places in Norway. The following are a couple of routes/day trips we took:

This route starts at Rogefossen waterfall, travels to Roskrepp dam, and then on to Lysebotn fjord (where you’ll enjoy scenic views in route) before returning to Rogefossen. The route is 2 hr 45 min excluding stops which you will want ample time for.

This route is a round trip starting from Helleren to Blafjell Mines to Ruggesteinen and back to Helleren. 1 hr 30 minutes excluding stops which you will want ample time for.

5) Enjoy the Drive to Lysebotn Fjord and the Eagles Nest

This was one of our favorite drives which we started at Dorgefossen waterfall after traveling from Sira.

Enjoy a scenic drive to Roskrepp Hoveddam and take in the wonderful views of the surrounding area and Roskrepp Fjord as shown in the pictures below.

The drive to Lysebotn Fjord and the eagles nest

Follow the winding Lysevegen Road through the high mountains of Rogaland and Vest-Agder range where even in the summer months you’ll see snow capped mountains and lakes.

THe Eagles Nest and winding Road of Lysebotn

+1.25 hr from Roskrepp Hoveddam (views along this route are shown above).

The Eagles Nest (or Ørneredet) is the next highlight along the route. This restaurant is situated at the ridge of 640 meter (2,100 feet) tall cliffs overlooking Lysbotn fjord and offer one of the best panoramic views in all of Norway.

After enjoying the views from the Eagle’s Nest it’s now time to drive down the famous Lysevegen Road, known for its “hairpin bends” to reach Lysebotn Fjord. This popular road first passes through a 1,100 meter (3,609 foot) tunnel followed by 27 switchbacks winding down to the base of Lysebotn Fjord.

Lysebotn Fjord is located in southwestern Norway and is hard to miss. The fjord stretches 42-kilometers (26-mile) long. We highly recommend taking the ferry ride through the fjord (see #2 – Enjoy a Cruise on the Lysebotn Fjord).

6) Walk Around the Towns

While spending time with Kurt’s family in southern Norway we ventured around various neighborhood towns as shown in the pictures below. We especially enjoyed strolling around the coastal towns lined with brightly-painted sea-house cottages.

We were fond of strolling the quiet town of Sogndalstrand; a harbor village located at the mouth of the Sokno River. The town is full of small shops and galleries.

7) Stand on a Troll’s Penis (Trollpikken)

Trollpikken is a phallus-shaped stone created during the last ice age that ended about 10,000 years ago. If you didn’t know, Trolls originated in Norse mythology and are a cornerstone of Nordic legends. In 2017 (one year before we visited) the stone was vandalized and cut off at the base. Luckily, it was re”erected” a mere 14 days later.

+1.5 hrs from Sira, Norway (where we were staying)

Stop by the famous Helleren houses located under a large overhanging cliff. The houses themselves are from the 1800’s, however, evidence has been found estimating settlements living under Helleren (the rock structure) dating back from the 1500’s.

This is old ore mining cave that operated in the 19th century for over a decade. You can walk through on your own or go for a guided tour.

Less than a 10 minute drive from Blafjell lies Ruggesteinen, Northern Europe’s largest rocking stone (or “wiggle rock” as uncle Roy liked to call it) weighing 74 tons (148,000 pounds). It’s called a rocking stone because an average person can make it move because of how it is positioned, albeit just a small amount.

This jagged coastal area was used as fort by the Germans in WWII. Remnants of the fort still stand today including the tunnels and cannons facing the sea. Be sure to bring a headlight as there are tunnels you can walk through.

+1.5 hrs from Sira, Norway (where we were staying)

This waterfall was a great scenic stop-off on our journey to the Eagles nest and Lysebotn Fjord. Check out the waterfalls cascading down the canyon rocks. (Note: These pictures were taken in the fall of 2012 when Kurt had visited prior to this trip)

11) Take a dip in norwegian waters

Kurt’s uncle swore by the brisk frigid cold waters. Kurt lasted a longer than I did, but it sure was revitalizing.

Where to Stay in Norway

We had the pleasure of staying with Kurt’s uncle Roy, a gracious and hospitable host. As a local he showed us around town and took us sightseeing. This was extremely helpful, as accommodation in Norway is pretty expensive.

It is possible to rent the red cabin “Nyperosa”. We didn’t stay overnight at this unique cabin, but we would highly suggest spending a night overlooking the magical North Sea. The cabin is located at the top of Hågåsen on the island, Hidra, outside Flekkefjord. 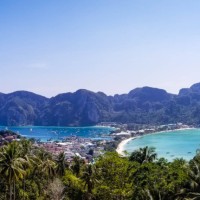 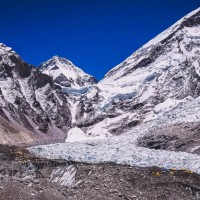